Accomplished Saudi brand specialist with 20 years of experience in the field of branding and brand strategy building. TED speaker. Proven track record in achieving positive business results by developing a winning brand strategy and implementation with full branding service for governmental and privet sectors as well as NGOs. Pioneer brand builder, artist and knowledge transformer with special workshops for over 7 countries and 13 cities, author of the first Arabic book series in branding “Eysaam” and award winner. 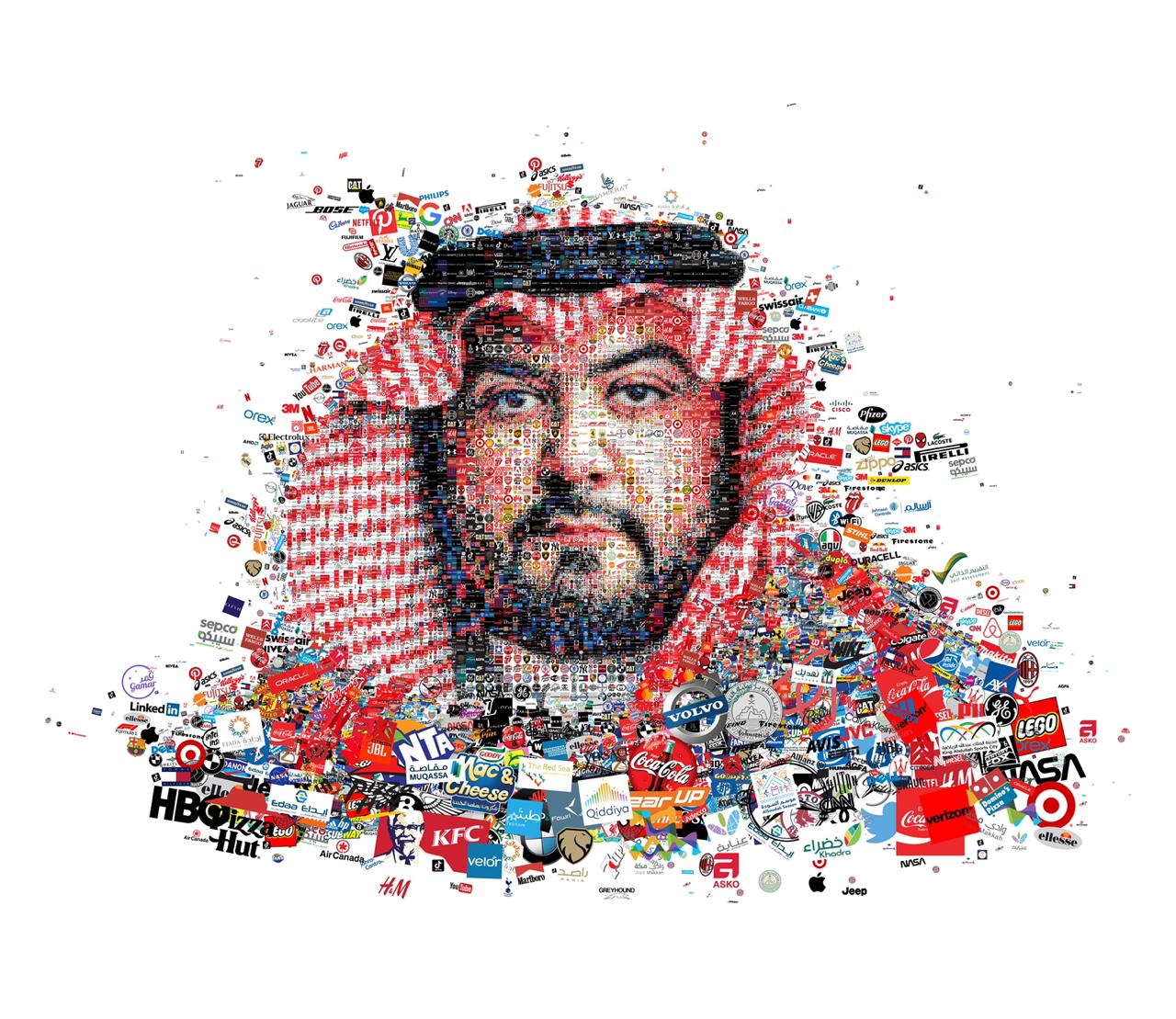 Ziyad was born in July 27, 1977 in Taif, and grew up in Jeddah. He started following his path in Art at an early age, as he was greatly fond of colors and painting. He participated in various art activities in elementary school in addition to art contests and galleries in Jeddah. His mother, Dr. Shukriya Ahmed Jan, played a big role in supporting Ziyad and joining him in some of his artworks. Ziyad's discipline was one of his distinguished traits in addition to his passion for all kinds of art.

He was introduced to the world of Graphic Design when he travelled to the United States; he visited Disney Studios, and set his eyes on Graphic Arts, which was a turning point for him and a surprise for the absence of such knowledge in Saudi Universities. His passion for art led him towards getting a bachelor degree in Art Education from Umm Al-Qura University in Mecca in 1996, regardless of his specialization in science during high school years. When his father Mr. Tariq Ahmed Organji, who played the biggest role in shaping Ziyad's career, took notice of his son's passion, he guided him to become a designer for Saudi Airlines Printing Office to enter the world of design and printmaking through this experience, and got him the first Apple computer 3G, which was the takeoff of his career.
He always believed throughout his studies that there was another field for Arts other than teaching it, as he taught Arts Education in one of the Mecca's middle schools. Thereafter, he actually started his career path as an interior designer for IKEA to become the first Saudi working in this field.

ziyad entered the field of advertisement by the end of 1999, and he excelled in it. He has many achievements as he moved between several local and international companies, starting with an Australian team, with whom he worked for a long period of time, and gained great knowledge. His interest in branding and building companies' images and products exceeded his passion for advertisement ideas, thus, he shifted his focus and explored this new field in depth.

While being still in his job, Ziyad established his first project "Storyboard House" which provides services for Advertisement Agencies through the internet at minimum cost while saving time and efforts. It generated profits within its first two years, but he decided to shut his company down in its third year, and devote his time for his initial passion, branding, which he named later on "Eesam" in Arabic. His dream was to build his own company when he is 30 years old, after gained good experience and knowledge of the market, and he did.

He established his own company Design-IN, and indeed, the company participated immensely in building and designing many companies, brands and products in the Saudi market, and it became the pioneer in this field.

He decided to pursue master's degree in Business Administration MBA, as he worked and studied simultaneously with a goal to deepen his academic knowledge of the business world in order to run his company effectively, and to have a better understanding of the market and other companies with a new perspective combining art, science and experience.

Ziyad presented a workshop titled "Think Branding" which he wrote, to spread awareness amongst the Arab World of the importance of strategically building brands, and that branding goes further beyond designing logos only. He presented this workshop in Saudi Arabia, the Gulf and Arabian countries, and was hosted by Arabian universities in several countries. He participated with it in a conference held in Chicago- USA. He also created a system he named "The branding wheels" and it was registered in the Gulf countries to be one of his publications in the field.

His ambition is universal as he travels all over and he is the author of (My story with Apple's logo designer from Jeddah to Chicago), a story that is the first of its kind in the Arab World which had awesomely resonated; in it he met with Rob Janoff, the designer of Apple's logo in Chicago, USA; and he was able to get an exclusive interview with Janoff that was published on social networking sites.

Published the first Arabic book in Branding "Al-Eesam" discussing its concept and history, and it was launched in TEDx Jeddah conference where he was a speaker, and the book has resonated widely in the Arab world and has been a great success in the Gulf and has received many awards from various universities, institutions and companies.

Received The Kotler Award for marketing which was held for the first time in Riyadh, which focused on providing whatever serves the field of marketing in general, where the role of branding was highlighted in addition to Ziyad's activities in Saudi Arabia and the Gulf.

Received The Kotler Award for marketing which was held for the first time in Riyadh, which focused on providing whatever serves the field of marketing in general, where the role of branding was highlighted in addition to Ziyad's activities in Saudi Arabia and the Gulf.

Wrote a book titled "Eesam 2" on branding strategies which gives the reader practical steps and life examples to fully understand the concept. The biggest challenge he faced was writing and phrasing the subject in a clear easy way for whoever takes interest in it.